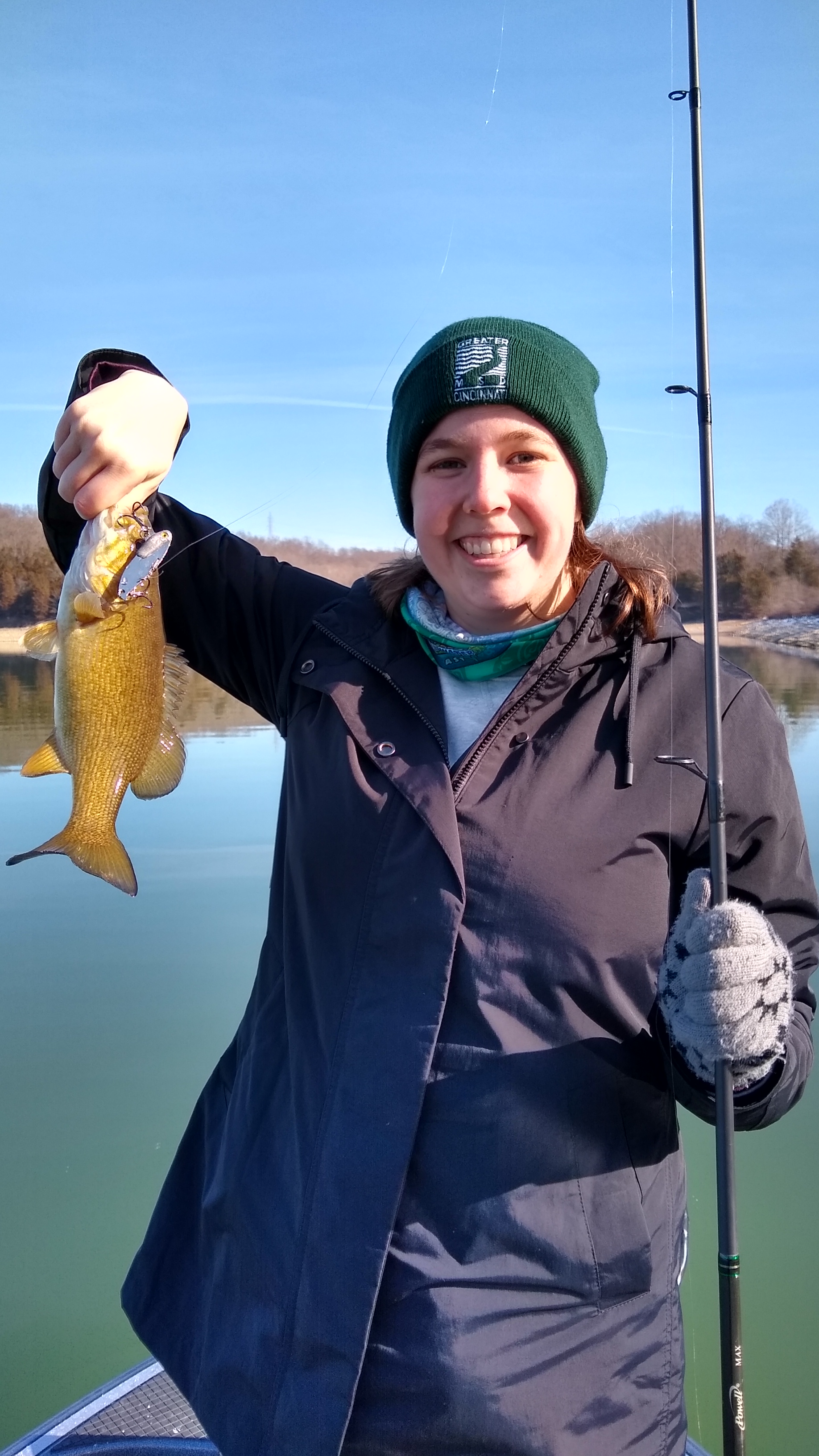 So my daughter Abby was in town for the holidays.  She used to assemble most Cincy Fisher Blade Baits but then decided to run off to Seattle with her husband.  She mentioned to me that she’s never actually fished these baits she’s been putting together.  Well we fixed that real quick by hitting the lake Christmas Eve.  We only had a couple hours to fish since we had plans later in the day.  Unfortunately it was a beautiful, sunny, warm day with little wind.  The fishing was super tough.  In fact, she caught the only fish of the day.  Naturally I was glad she did catch a fish but had really hoped for better fishing.  We both had a great time despite the tough fishing. 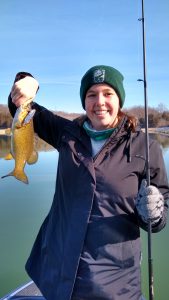